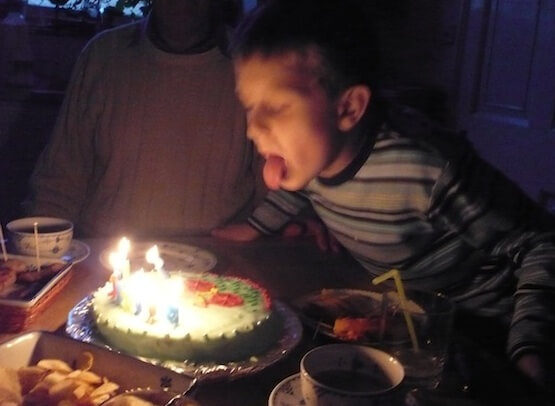 Too frightened to hold a party at home?

I know mine was. I hated how it made me feel flustered and out of control. Even at parties where the entertainment and food was paid for. I always felt so responsible. I felt I needed to give the children a fabulous time and at the same time, not put any of the parents out. Not to choose a venue too far away, or at an inconvenient time. Not to give a party bag that was too over the top, or too stingy. Make sure all the children had food that they could eat, and avoid anything that may trigger them to turn blue.

The number one priority is of course to make all the children safe. After that, what do you feel are the priorities? What do you dread the most?

Is it the mess? The head-dizzying noise? Other people’s children? Children falling out? The party games? Doing all the party decorations, the balloons etc

Does it all drive you crazy? Or do you relish the excitement?

Do you worry that the children may be disappointed? That you have to compete with their friend’s party? Make sure that the food is as good as Jane’s, even though she’s a professional cook? Do the party bags have to contain the most exciting and expensive gift? Should you be thinking nothing less than an iphone, or will some bubbles do? Does the entertainment have to be the most exciting thing in new activities to do? Is everyone suited to space exploration, perhaps they’re still a little young? Do you feel pressured into conforming – having to go with the flow, do what all the other parents are doing? Even though the indoor playpark has already seen thirteen members of their class already this month.

Then are you concerned about the expense? How much will it all eventually add up to?

Does the thought of finding the time to organise it send you cold?

As I said, mine was always that the children would be out of control. I probably watched too much St Trinians in my younger day. However, the children were almost always wonderful. All of them except your own. They would be the ones who would be the ones disappointed or demanding. This is when it is best to give them some responsibility in return – take a look at When Things Go Wrong and Age Specific Parties blog posts.

Of course when it came to making our Acting the Party parties it was always one of my concerns. We knew they were different and fun, we knew everyone could choose when they wanted to play them. But would the children behave enough to listen and play, or wander off half way through?

Well, by making the stories hugely engaging I know we have eradicated those such problems. The themed games within the entertainment also keep children on their toes. Having it at home, with manageable numbers, makes the party so much cheaper. No more organising to do and at a time that’s convenient to you.

Let us know what you dislike and dread most about unruly children’s parties, or about any bad experiences you’ve had. What’s the worst thing that’s happened to you whilst holding a kids party? If you haven’t held an Acting the Party party what would stop you?