Can you remember playing Pin the Tail as a child?

There is something inwardly exciting and surreal about it. Pin the Tail is a simple game, and thrilling for the child playing as they are the centre of attention.

What you will need to play is a poster, some blu-tak, or something similar (tape turned into an inside-out circle works well), ‘tails’ and a scarf.

The poster can be of almost anything you like. The item to pin doesn’t even need to be a tail. However, a tail being pinned onto a donkey is the most traditional. See below.

How the game is played:

One child plays at a time, aided by the other children at the party. The player holds the ‘tail’, are given a blindfold, usually a scarf, and turned round three times to slightly disorientate them. Plus we like to do one for luck. They then attempt to pin the tail onto the poster, aiming as close to the target as possible.

Each child can either have their own tail with their name on it or the same tail is used and a name written onto the poster along with a cross. The game continues until all the players have had a turn. At this stage it is sensible to have an unbiased judge to deem the winner.

Most often a small prize, usually a chocolate or sweet, is awarded to the winner.

A Japanese version of this game is called Fukuwari. Instead of a donkey the poster is a blank face, and the features – eyes, nose, mouth, eyebrows, mustache, glasses, hairband etc, are added to it. Although for this game it is the taking part to make a funny face that is the aim, rather than a prize.

It is thought that the game began back in the 1800’s in the Victorian era, around the time when donkeys became seaside rides. That the origins stem from the fact that some donkeys had a genetic absence of a tail. Maybe these donkeys were cheaper to buy. Perhaps, as one theory goes, a tail was added to dress them up, to look nicer.

In 1887 an American gentleman named Charles Zimmerling patented a game called “Donkey Party”. Perhaps he had had a beach holiday in England a little time before!

To make a Pin the Tail to fit to your party theme is a great idea, and easy to do. It would also be fun to make a Fukuwari. Or how about making one of the birthday child?

To make your own version of Fukuwari, print out a couple of large photos of the birthday child. Blank out the features on one and on the second cut out the eyes, nose and mouth perhaps also making extra props too, such as a mustache, earrings, or hair bow. Ideally get the approval of your child first, some quite like being teased and having fun taken of them, some seriously not.

However, if you have little time there are plenty of different varieties of Pin the Tail to purchase online.

Some young teenagers can still enjoy this game, with a little thought it is possible to bring it up to date and relevant to them. Maybe using boy band members and adding funny props. Or painting on them with a thick lipstick, and making them kiss their hero! 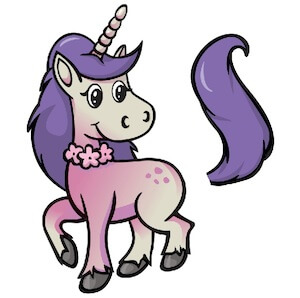 Other ideas for themes

For a Christmas party

Pin the parrot to the Captain’s shoulder
Pin an eye patch, parrot, hook, hat, wooden leg to a pirate

Have you a favourite theme?

I’m sure there are many, many more… ask your child what they would like. It is very easy to print images from the internet and adapt them, they don’t have to be on a huge poster.

Do you remember as it approached your turn having a scarf tied tightly by the clumsy hands of a friend? Heads looming near warning not to cheat, warm breath, and hands turning your shoulders?

Have you made a Pin the Tail – then please do tell us about it.

This is still a much loved game, which is why there is a themed version included in all our children’s party packs.