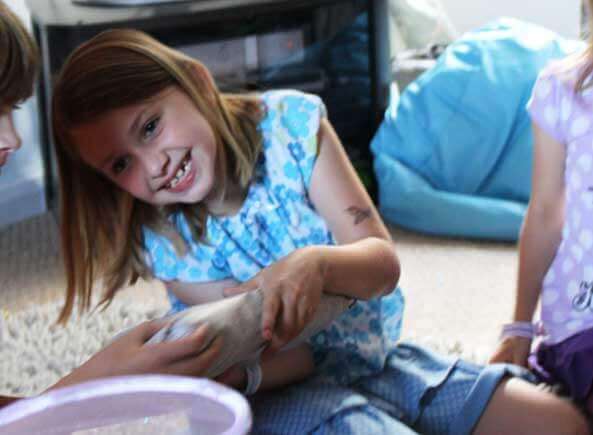 How the Pass the Parcel Game works, or doesn’t

In all our Acting the Party entertainment, bar the Christmas family version, we have a Pass the Parcel Game. All children adore Pass the Parcel.
It is a very simple game. A prize is wrapped in many layers and passed round a group of children seated cross-legged on the floor. Music, controlled by an adult or older sibling, is halted randomly, and the child who has hold of the parcel takes off one layer. This continues until one child unwraps the prize.
As a young child at a party I had no idea that the adult was deciding who won the prize – and that’s because, they didn’t. The adult with the… uh-hum, record player, would have their backs to the children and lift the needle at irregular points to stop the music. As a child it was so exciting because you never knew where it may randomly stop.
And it was random.

Fast forward a couple of centuries, yes I am that old, where I’m at a children’s party observing sighing children shrugging their shoulders. They seemed to already know that:

1. There was going to be a chocolate or sweet, or maybe even a toy, between every wrap – and, at some point, they would get theirs.
2. The main prize was going to… surprise, surprise, end up in the hands of the child who’s party this was.
3. The adult was mentally ticking off each child as they watched each child unwrapping their layer.

When did this shift happen? When was it that we deemed children so stupid that we thought they wouldn’t notice? In my mind it has spoilt all the fun of the randomness of this game. Children really don’t mind too much if they don’t win, not beyond the age of 5 anyway. Isn’t that what the intention of a party bag was? That ultimately everyone knew they would go home with something, so all was ok.
I consciously made the decision that not only were the parties we make at Acting the Party going to bring back the element of surprise, but also do a ‘reverse’ pass the parcel where two contrasting pieces of music dictate the direction – clockwise or anti-clockwise. To bring back the element of anticipation and surprise.
But what do you think? Has the fun been taken out of playing this game? Or is it important to you that your child ends up with the special prize, after all it is their day?