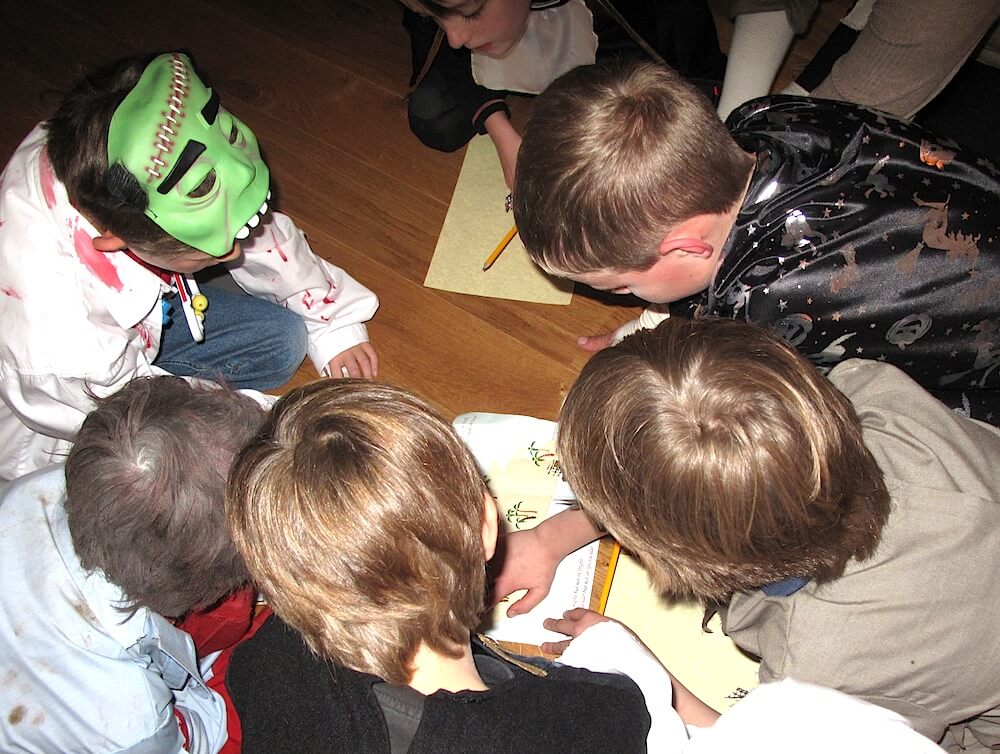 Some immediately dismiss the idea of having kids parties at home.

I once had a little market stall and set out our party packs – we watched as mums with children walked hurriedly by. You can imagine how deflated I felt.

I knew I had a great product, but how to explain to a busy parent in a market place?

Fortunately I had some fabulous armoury on my side. My mum.

Not one for sitting back and watching opportunity slip by, she approached anyone who was holding a small hand or a buggy. She would somehow persuade them to come over and take a look. Being an ex-primary school teacher she would ignore the parents and talk to the children. She left me to deal with parents and to answer questions; while she directed her attention towards the children. The children answered with many enthusiastic nods and smiles. The parents on the other hand were far more difficult to engage. They said they just weren’t interested in having a children’s party at home. Many outrightly said they didn’t like the idea of other people’s children in their home, and wouldn’t contemplate the chaos. Even after I explained that our parties were organised specifically to prevent mayhem, they still didn’t like the idea of children coming into their homes.

Were their children never allowed to have friends round?

For quite some time after I was tried to figure it out. I concluded that perhaps some parents thought they would be judged. That the children would be dropped off, and later quizzed by their parents.

Are we judgemental?  Children certainly are not.

Children may judge the quality of the prizes, or the party bags, but they’ll do that anywhere. However, they really don’t notice how dusty a living room is, or what kind of soap is used. They just want to play with their friends, and eat some (hopefully recognisable) nice food.

My son mentioned only recently, that when he was little he had been very excited to go round to a friend’s house on pancake day, only to find they served savoury pancakes, as well as sweet ones! Hey, big news when you’re seven!

My children were fortunate to go to a very multi-cultural primary school and of course could see each other’s differences but it was not really until they visited each other’s homes that they could see that some things were exactly the same, and some things were very different. Since originally writing this post, I feel this is more important than ever.

It was great for them, and equally for their friends to come and see how we live.

As an adult you may feel judged when inviting other people’s children into your home, but don’t sweat it. Let them come I’d say, let them see how you live and just maybe they will get a better understanding of each other, and be firmer friends. They’ll soon understand how strict, or laid back, a parent is. How loudly, or quietly, they have to play. How tidy, or untidy, the home is, and how different the food is, or isn’t. You can be sure of one thing however….

Whatever their friend’s house is like, your children will appreciate their own home.

As for the other reasons the parents didn’t want a party at home – mess. Well that’s understandable, nothing worse than feeling that you’re looking after a bunch of kids on a vacation from St Trinians. Here are a few tips to help when they get out of hand. Quite frankly, with Acting the Party, the only mess that can occur is with the pass the parcel and sometimes we have incorporated the clear up into some stories too! Maybe some parents haven’t the confidence to do the entertainment, a little pre-planning goes a long way, and of course, with Acting the Party, we’ve done that for you.

My personal view is that our home is also our children’s. If they want to bring friends home, as long as it’s convenient, then of course they can come.

How about you, do you let your children’s friends come round to play?