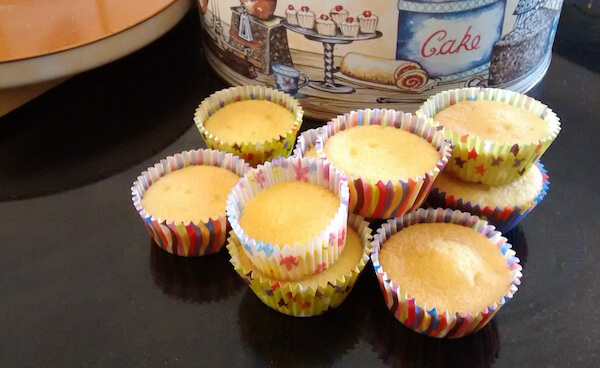 This is a bit of a venture from your usual posts, isn’t it?

Er, yes, a little more personal than usual, but I thought it may be useful to some.

Chris, my husband, recently found out he is intolerant to gluten. This is self diagnosed but after spending a lifetime with dizzy spells and a ‘yo-yo’ stomach he thought he’d give it a try after a colleague suggested it.

Initially I thought, “Oh heck, I’ll need to change my cooking routine” but actually it hasn’t affected us as a family much at all, and it has made an enormous difference to him.

However, the things I’m struggling with most are finding how to make a good gravy (Kallo is pretty good) and having to make a pizza base. Saturday nights are strictly my ‘Let’s-not-cook-night’ so we either get a takeaway or throw a pizza in the oven. As pizza is cheaper that’s what we tend to go for. It seems that my ‘Let’s-not-cook-night’ is over for a while as I’m making a gluten free pizza base and throwing on some toppings… or Chris is.

One thing I am very pleased about is that baking with gluten free flour isn’t difficult at all and I think that these gluten free cupcakes I made recently are actually better than my usual gluten ones.

As so many children have allergies these days and because so many cake companies seem to throw in ground almonds or are gluten based I thought I’d share this recipe with you. As you may have guessed I’m generally a lazy cook so if I can make short cuts I will, and these work brilliantly with my lazy method. However they do contain egg so sorry if you are vegan or allergic to egg. 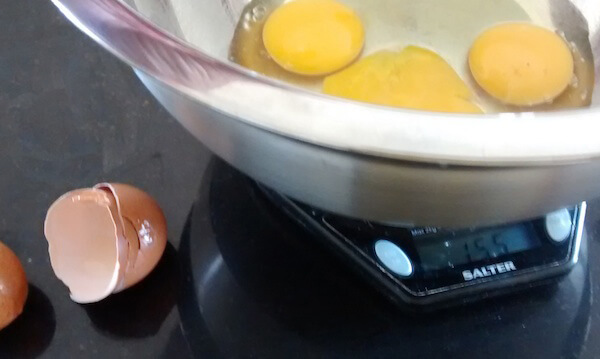 I love the ‘weigh the egg’ method so here’s my super lazy easy recipe for gluten free cupcakes:-

I use digital scales which are brilliant as you can reset them to zero without removing the bowl. Put them on your Christmas or birthday list!

2. Then add all the other ingredients to the same weight.

Gluten free self raising flour – most large supermarkets have an isle with gluten free products.

Then lastly I added about ¾ teaspoon of baking powder – again make sure it is gluten free, most are but check.

3. Whizz for about 3 minutes, or less

with an electric hand whisk – no longer. I’ve discovered the less you mess with gluten free flour the better. 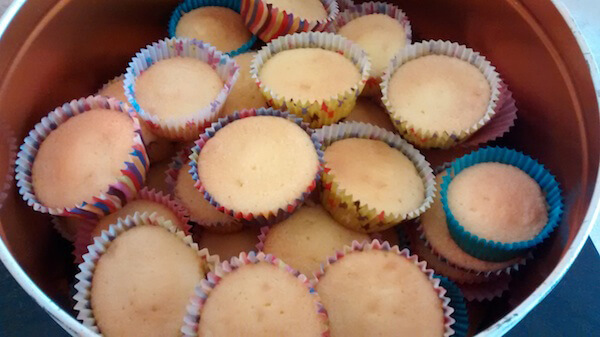 Put roughly a large teaspoon of the mixture into the cupcake cases held in a yorkshire pud/muffin tray, and pop them in the oven at 180º C for 12 minutes.
Perfect, and easily as good as the shop versions.

– my daughter did these with icing sugar, drop of water, colouring and decorations. 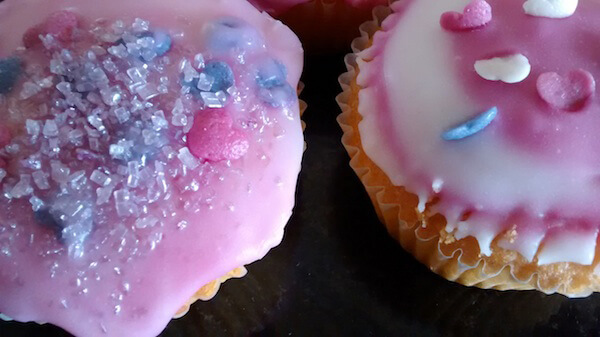 I make victoria sponges using the same method. Sometimes the butter is still a little lumpy, I find it doesn’t matter that much.

I’ve also made a decent chocolate cake by substituting some of the flour for Cadburys drinking chocolate powder and a little cocoa powder.