I realised when starting to write about ‘children’s party entertainment ideas on a budget’ that it was going to be a much shorter post than if I wrote about expensive parties. Cheap options for children’s party entertainment are few and far between. It’d be lovely to afford to take the entire class off to Disneyland, but let’s face it most of us are not quite in that …. bracket!

So the biggest advice I can give here is to plan ahead, as almost all cheaper options need forward planning.

First of all, where to hold it.

How to keep the cost of your child’s birthday party low depends largely on what your child is wishing to do for their birthday. As you may have discovered by now, children are a little demanding. To be fair you’ll have also noticed how you wish to meet as many of their desires as you can afford. However, it’s worth planting a few modest ideas well ahead of their birthday party to get them thinking along the same lines as you and to save disappointment and the demand on your wallet. 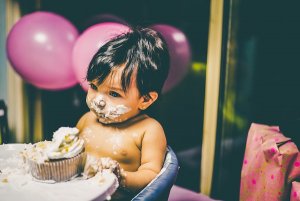 Under the age of 4 keep parties at a minimum as most of the parents are going to want or need to stay. It is just as hard keeping the parents happy as it is the children, especially as you’ll have your hands full with your own child/ren. So realistically you’re looking at two options:

Probably the most difficult age to hold a party, but a good age for the children to be socialising, getting to know new friends and about events. This is the age, sorry to break this to you, where it’s probably best to spend money. You could have a smaller party and invite the parents to stay but it is that in between age where children can get upset easily and squabble. So running the party yourself is going to be hard as most children suddenly become the most clingy, demanding monsters when they see their parent talking to someone else, at their party!

In my opinion I would either book an entertainer or an indoor fun park. The cost will be very much dependent on how many children your child will want to invite. Attempting to hold a party and do all the party games yourself either means you’re heroic or a glutton for punishment. It’ll end in tears, most probably yours. If you insist, keep it short, and have everything at the ready, and I mean everything, for all situations. This is a post about children’s party entertainment on a budget, not miracle work.

This is the age where they’re far more manageable, reasonable and are hopefully coming out of egotistically wanting to invite-the-whole-world stage.

So to cheap(er) ideas:

Set out a theme and ask the children to come as characters. Hold a parade, or organise a football/baseball match/treasure hunt while they’re dressed up. If your child is into history, mock up a reenactment, or take them on a guided tour of a historic site. Or how about watching a historic battle or event? Ideas on this Living History site here. Theme your party games to match, as well as the food and decorations.

Here’s a list of theme ideas on this page.

Beg a nursery teacher or teacher

You never know, they might enjoy coming along and helping you out. Having someone who is used to dealing with groups of children is a good idea. Remember, if you do it yourself they are only children and they will listen to what you ask of them. Let your loud voice be discovered. This may feel odd in front of adults, so try to encourage them all to go home. Most parents will run away quickly for two hours of freedom, some (odd sorts) may linger. Make it clear that you’ll need them to go, unless they’re good with kids in which case tie them to the sofa.

We love treasure hunts and they’re much easier than you think to set up. If you haven’t the time to write clues, take photographs instead. Snap a pic of the object they have to look for next. Print several on a page, not too big, cut them out and either hand one at a time to each child, or fold and place the next photo clue by each object to be discovered.

The photo could be of a corner of a table or the whole table, blurry or clear – change the difficulty depending on the age of the children. Each printout pic could have a random number on it or one larger prize at the end of a trail. Once they have matched up the object to their picture they then have to find their number matched with a ‘goodie’ pre-prepared on a table, or answer a riddle or a question, up to you. Alternatively, cut the printed picture in half and the children have to match up to the ones on the ‘goodies’ table – this is more fun for older children.

Which child doesn’t love building their own den from sticks and sheets? Even better with friends. A large supply of sticks or bamboo canes (careful of eyes) and old sheets and blankets. Best at the time of year when it’s dry on the ground, still gets dark fairly early but not too cold. Get torches at the ready if they stay until dark. 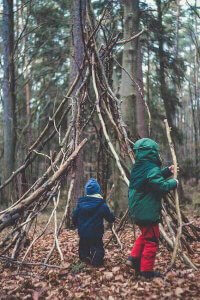 There are plenty of other outdoor party game ideas on youtube, many involve water that’s fun on a warm day. Just keep in mind that if it’s windy, as it often is here in the UK, that some games will be difficult to set up. Have, at least, 6-8 games ready. 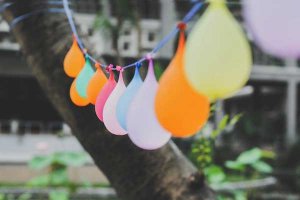 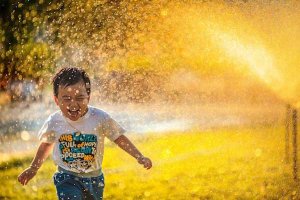 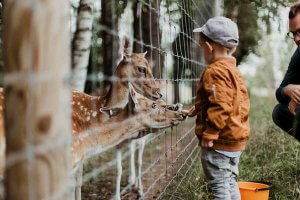 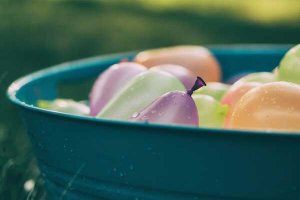 Beach party. Got good weather and transport? Go for it!

Sleepover – or a tent party  (see above)

Games night – for the competitive child who loves games

Craft – plenty of craft activities available to buy which is great if you don’t mind a bit of mess. However, from my own experience the children may want to play a few games too, an hour of craft is asking quite a lot, so fill in the other hour with games and food.

Mystery Party or Acting the Party.

If your child likes to be a sleuth a mystery party might well suit. Remember however, that with a mystery party, each child will have to read out their character part. Not all children at this age can read fluently and in character. We found that it can slow the proceedings down, however they can also be fun. Again most don’t last more than an hour so be prepared with some party games. Our (awesome) Acting the Party entertainment lasts an hour and a half, includes themed games and with no speaking parts – acting as characters to an audio story – £19.99 for 8 children, just putting it out there! 😀

Behind the scenes outing

Think of where your child might like to see ‘behind the scenes’ – perhaps a tour round a television center, at a fire station or a look round a farm. It may require a phone call or two and best for a smaller group but something your child may very much enjoy. Plan ahead.

There’s a list of party ideas at the end of ‘What to do for your child’s party‘ blog post.

They may still like any of the ideas above but be prepared, most will have their own ideas by now. It could just as likely be a special trip rather than a party, and many will prefer a bigger present than a party.

Mystery parties can be fun for this age.

Winter party – build an igloo! Bit hard to plan this one, but enormous fun. Have warm food standing by. 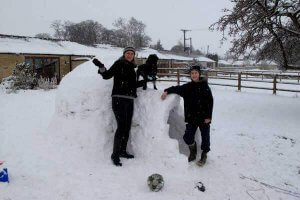 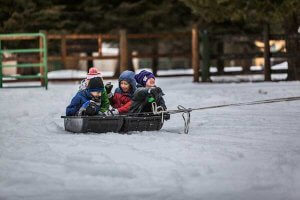 The first picture is when my son and I built an igloo a few years back. Pack Ikea boxes or similar tight with snow then tip upside down.

Do-It-Yourself disco party – buy a disco light bulb, hire a bubble machine, put on your best 70’s outfit and off you go!

Hiking party mystery tour. Add some items to be discovered along the way, or wildlife spotting. Muddy? Get wellies and waterproofs and throw yourselves in! Only for the brave.

Other ways to keep the cost down:

Don’t buy invitations and then have the hassle of getting your child to hand them out. If you can make a Facebook group event. Or email.

Don’t make too much food, the children are rarely hungry. Think snacks – healthy is nice and a bit cheaper than shop bought unhealthy snacks. Chop up fruit and put them on a skewer with marshmallows in between, colourful and kids love them. Cut off the sharp ends once you’ve made them. Google images or Pinterest will have lots of ideas. Don’t be intimidated, your child’s party is not a competition to look like a cover of a lifestyle magazine. Older kids quite like pizza.

If you’re having party bags don’t put too much in them. Kids want the sweets more than anything. Rainbow ricicles are good as they also fill the bag. See if your child has any unwanted smaller items, you can also pick up some good bargains in charity shops, the toys don’t all have to be the same. A balloon and a piece of birthday cake and you’re halfway there!

Don’t buy party plates, just buy napkins. If you already have plastic plates use those.

I may add more to this blog post as and when I can think of any new ideas, in the meantime please feel free to comment and share your ideas, thanks for reading.