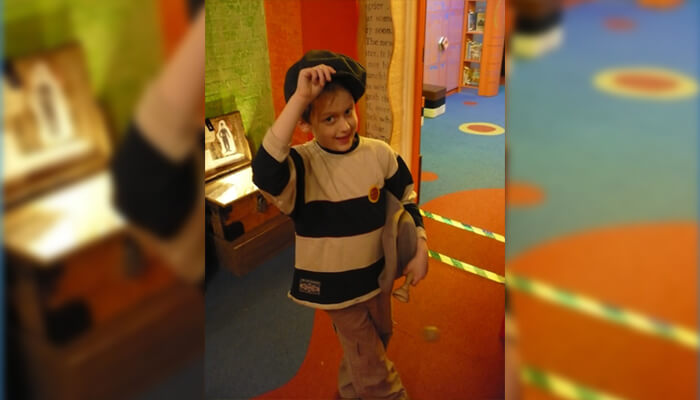 As a Way of Learning.

Children role play from a very early age. It helps give them an understanding of the world in which they live. Think of all the different kinds of cultures and communities in which a human being is brought up; each and everyone of us learns to adapt to our own situation in which we are born. From war zone street rubble to living in hundred million pound homes; and all the variations in between. Children learn, and learn fast.

One of the simplest ways of learning, and possibly the most important ways that they learn is through role play – copying. It’s fun and useful for remembering, so children use it a lot.

They tend to find different ways to role play however. Some observe quietly from a distance, take in small nuances and practice away from others. Others prefer to take the lead and brashly characterise what they think they see, picking up ideas from other sources, such as TV, cartoons, stories and conversation. The common ground is that we all notice ‘character’. We recognise it straight away, simply put, it’s how we tell each other apart, as well as by appearance. We characterise and compartmentalise, we all do this, and we started at a very, very early age.

However, very few children or indeed adults are aware of their own character, however, we recognise the ‘character’ of each other, so indeed, we must all have one! Watch a small child sitting on the floor playing with a toy. Whatever the toy is, it will be given a character. Albeit simply a good guy or a bad guy, male or female; a made up story will be building in a child’s head. It is how we begin to make sense of our world. Playing out stories will help a child learn faster.

Children gain confidence with role play, it helps sort out situations and scenarios and also learning to understand how others see them. Some children are empathetic, which can either help or hold them back. Others will simply parody. Either way practicing role play will help gain an understanding of the world around them – and most importantly the people in it. 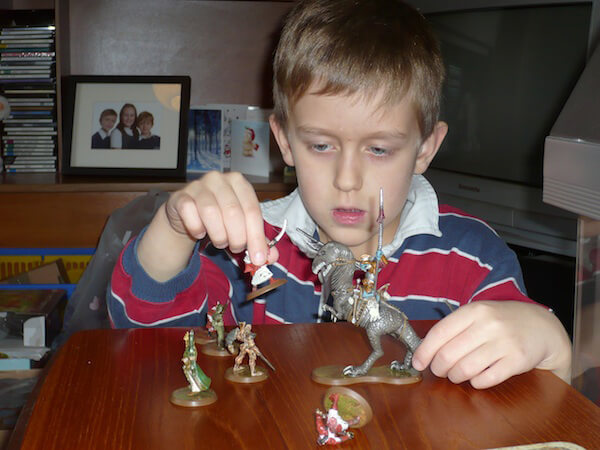 Story telling is a non-reenactment of role play. We tell children stories not just in the hope that it will make them sleepy before bedtime but to illustrate the world to them. To show how to look from different view points, instill morals, and to demonstrate how to handle various situations.

Children enjoy making up stories, and learn to ‘play out’ those stories. As they get older, and their confidence grows they will begin to share and involve others around them. Some stories will be on the hoof – spur of the moment, some meticulously planned out. Either way pretend play helps stimulate imagination.

When they start to involve other children, it improves their ability to cooperate and organise – after all not everyone can play the same role. At this point children also learn about manipulation. They may be forced into a role they don’t like, be convinced into a role they didn’t want, or be the ones doing the delegating. It is, in itself, character building, whether we like it or not. Ultimately, most children will find a way to cooperate because the reward of being able to play the game is worthwhile.

Successful role play will occur when the story is deemed good enough to share, not just with the players but with an audience. At this point a lot of patience is usually required by adults. The stories can wander all over the place and often seem to be nonsense. However, knowing how important role play is, we should all encourage their efforts. One way we can do this is by having a good supply of dressing up clothes to hand – charity shops are a good place to start – floppy hats, frilly shirts and silly shoes are usually easy to come by.

There are also many ‘pretend play’ toys on the market to help role playing, from wendy houses, cooking stations, and pirate ships to train sets, tool sets, and dolls – all aid imaginative play. However, children role play with almost anything and turn it into an imaginative game. Look how children role play, particularly boys, by picking up a stick and it becomes part of their imagination, of a story. Almost any object can be used in role play. Think of the tv comedy quiz that gave the panelists an object and they had to act out a scenario – children do this all the time, and frankly, they are much better at it! When placed in groups there are plenty of role play games that can trigger a child’s imagination and set them in the right direction.

Most drama groups are use improvisation techniques, and teachers often use it in school. The majority of children love it, especially under a non-pressurised environment. It is the best form of learning and team building. Give children enough time and freedom, and dare I say it, boredom to use their imagination and they will. Give them the opportunity and encouragement they will put it to good use.

Here are some of our favourite quotes demonstrating the importance of role play:

It is a happy talent to know how to play. – Ralph Waldo Emerson

Play is the highest form of research. – Albert Einstein

Logic will get you from A to B – Imagination will take you everywhere. – Albert Einstein

The creation of something is not accomplished by the intellect but by the play instinct acting from inner necessity. The creative mind plays with the objects it loves. – Carl Jung

I still get wildly enthusiastic about little thing – I play with leaves. I skip down the street and run against the wind. – Leo F. Buscaglia – Bus 9 to Paradise

A little nonsense now and then, is cherished by the wisest men. – Roald Dahl from Charlie and the Great Glass Elevator

“You can’t stop the future You can’t rewind the past The only way to learn the secret …is to press play.” Jay Asher – Thirteen Reasons Why