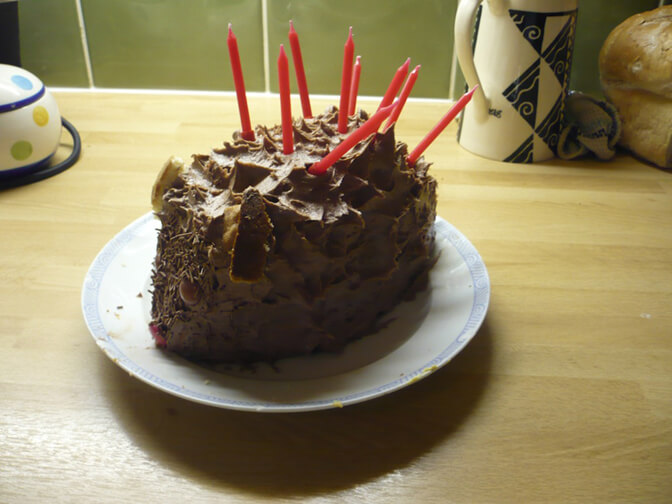 Here is my personal, light-hearted look at why I dislike ( most) children’s parties:

Ever attended a children’s party and wanted to just scream, let rip, or yell across the chaos?

Hang on, go back a step, pass the rule book… *flick, flick. Apparently, as a parent, you are not only responsible for providing food, drink and a bed there are other things too. No one tells you, do they?
No, it turns out, children need and want other things. Like the latest toy – which by the way, without doubt, will come under two categories – For kids this is, it’s popular or fun. For parents, it’s expensive or annoying.

They also want other things, like friends. And they come with play days, oh, and…. parties. Where’s that rule book again?

Give them a bit of food, entertain them for a couple of hours, party bag, gone. Wipe hands together. Pat on back. Grab that well deserved glass of whatever. Done.

Some people are just naturals at party entertainment. For the rest of humankind they go a little like this:

Ok, so you want your child to have a good time, not feel awkward that their parents have produced the lamest party that ever existed, and to not to end up with a third mortgage. Third? Believe me, the second one went on nappies and toys.

You recognise that you shouldn’t indulge or spoil them, after all it’s the playing with their friends that’s important, isn’t it? But, darn it, you love the little blighters and they’re asking for that laser party – aliens vs dinosaurs on the QE2 – for the fourhundredandtwentysecond time in a row, and you don’t want to let them down. After all, they don’t turn 6, 7, 8, 9, 10 every day.

So at least at this point, I knew I had to come up with something cool. Righto.

Had I ever thought that I might have to book up to a year in advance to nab that professional party company that actually did the aliens vs dinosaurs on the QE2 party then I really would have worked harder at school, college, University. Become Head of some European Bank, done a funny handshake, and employed a personal secretary and a team of thirty. Some venues and professional party people are booked months and months in advance.

Somehow I had missed the…er…boat.

Ok, so as my purse was too empty for that option anyway, I decide to go with a gym party. Yes alright, fifteen kids from their class had already had their party there this month and it was going to cost over £250, so what? I really have grown fond of my little blighters. Trouble is, I have three of them; even I can do that maths.
My advice? Plan ahead; do well in your GCSE’s. Particularly maths.

That’s just the first hurdle over.

30 invitations sent out, get 21 replies.

They go off to play… with a disgruntled party organiser.

Meanwhile, having decided to go for the option of a venue party I find myself having to cater for the most people (albeit little ones) I’ve ever catered for in my life with practically no backup. The room is poorly lit and there are no tables or chairs. The company I’m hiring it from says that their highly trained staff had put them away the previous night…. and sorry, as it is too early on Sunday morning (the only time slot left) and they don’t start until noon.

So after some furniture rearranging I’ve fetched in the boxes of sandwiches I made at 6am, along with the rest of the well-prepared, healthy food options, from the car park quarter of a mile away.

I have carefully arranged them on the themed plates that match the themed tablecloths. Filled the themed cups with weak juice (other parents more judgemental than me present) and held my breath as they pile in. A brief, but proud, happy moment.

They maraud through, knocking the drinks over, demanding fizzy pop. I only ever see the crisps and iced ring biscuits placed on the themed plates. And as a good friend says, if only they could “keep it down to a deafening roar.” Ah well, at least they’re happy.

There’s crying of course. It had to happen. Someone hasn’t got something he or she had wanted.

Pity on this occasion it was me. Oh com’on, all I wanted was a lighter for the candles, but I guess rules are rules, and safety comes first.

Eventually it’s time to leave, but not without the children each taking the most awful goddamned party bags that I’ve had the misfortune to pay a fortune for. They’re from the venue operators, which are basically filled with card advertising, a colouring book and a bag of jelly sweets with foreign writing and more E’s than you would find at a music fest.

Later, four glasses later I think, I convince myself it was all fine, but really I know I’ll be bringing at least one of my children back to the same venue for a class mate’s party next week.

Ah, but was it worth it? Did the children have a good time? Well of all birthday party disappointments there are your child being ungrateful is the worst. But to be fair, there’s an invitation for a laser party stuck on the fridge door and I’ve yet to tell them we’re busy that day.

Why I LOVE children’s parties, and why everyone should, wherever possible, hold one for their child.