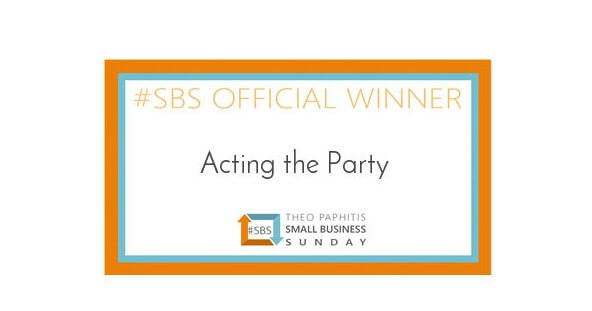 As you may have noticed, on our home page is an award badge called ‘SBS’. This stands for Small Business Sunday, an idea set out by Theo Paphitis to help give a boost to small businesses.

It started, according to Theo, one Sunday evening whilst in his kitchen he was on Twitter. He Re-tweeted to his thousands of followers a tweet by a small business that had caught his eye. Following that tweet he had requests from other small businesses hoping he would do the same for them, he has twitter followers in the hundreds of thousands. It led to a great idea, he decided to organise how many he would RT and said he would RT 6 people who’s tweet caught his eye during the time of 5 to 7.30pm on a Sunday evening using the hashtag #sbs

It has grown to be a great event, including an actual event that gets held every year. All sbs winners are invited along, including a plus one. It was held on the 12th February in Birmingham at the ICC. I arrived the day before so I could attend the Spring Fair at the NEC. The weather was cold and sunny. I was quite impressed with Birmingham as I walked from New Street Station to my hotel, there’s some impressive buildings in Birmingham. 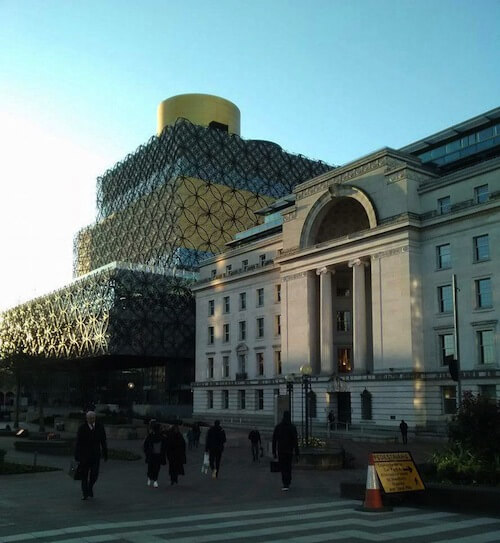 The SBS event generally starts with a cup of tea/coffee and networking. Those who have been invited to pitch to one of Theo’s businesses – Red Letter Days, Ryman, or Robert Dyas can do so either at the before or after Theo’s talk. There were sponsors for the event – DHL, iLaw and 123.reg who were on hand to take any questions throughout the day. 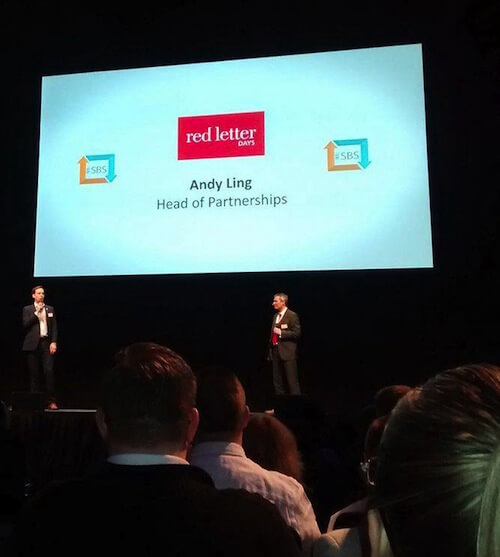 At around mid-day after introducing the new sponsors Theo gave everyone a wonderful update. Three years ago he surprised us with a website dedicated to all sbs winners, this year there is another new website, this time a shop for products and services. Many SBS winners are obviously very excited to have a new platform on which to sell their goods.

It is also a time where we are given the opportunity to ask Theo any questions, this can be very enlightening – Theo is good at teasing and brilliant at business!

After a light lunch – provided by Theo, there were two new guests, this year one of them was Holly Tucker, one of the founders of Not On the High Street – where you can also find Acting the Party products 😉  She told a little of her back story and then it was over to the audience again to ask questions.

To round it off Theo then spends the next two hours (yep two!) giving out certificates and having photographs taken with all the new sbs-ers who haven’t had their photograph taken before. His grin remains the same for everyone. This provides everyone the opportunity to send a piece to their local press which can raise their business profile. All useful stuff for small businesses. You can see me standing with Theo on our Our Story page.

As we leave we are given a goodie bag, crammed full of nice gifts from Ryman, Robert Dyas and Red Letter Days. Not many business leaders are so generous with either their time or their money.

As a few of us have been before we decided to continue chatting over a meal and a glass of something, a lovely way to meet new people and chat about businesses.

Here are two lovely SBS winners Ruth from Fancy Dress Bash and Dylan from Aqua Design Group towards the end where again we had the chance to catch up and chat. I’m on the right of this pic, I’m hoping you can then work out who is who! 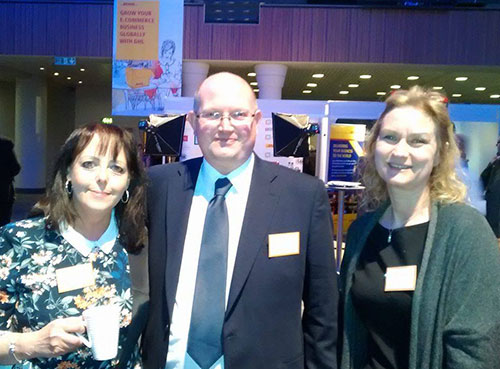