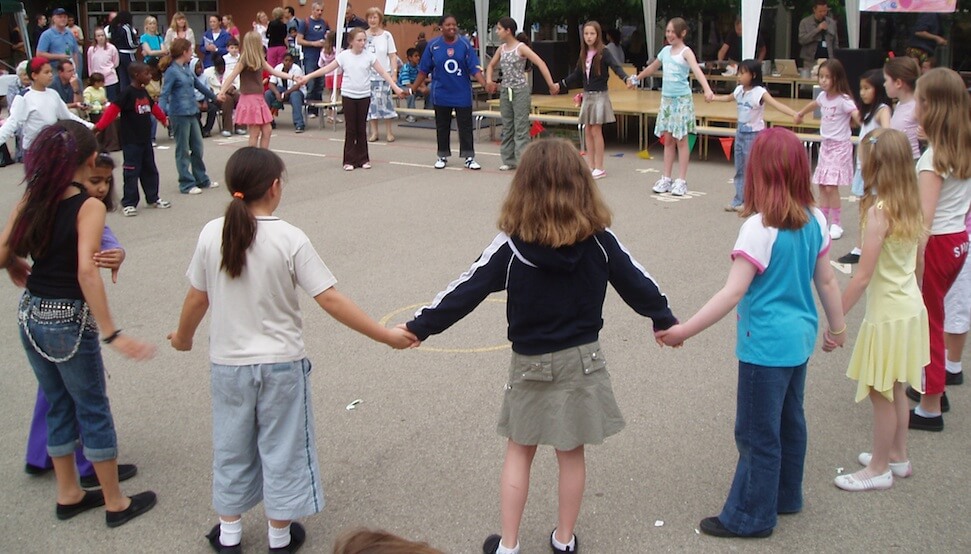 10 Good party games – plus some variations

Here’s what we consider our Top 10 good party games. Plenty for a good party. Instructions on how to play, plus their variations:

You will need a large poster. These can be home made or you can buy online or from party shops. The tails will need to be named or numbered.

Also needed: A scarf and blu-tak, double-sided tape or a ring of selotape turned inside out.

Blindfold the child whose turn it is using the scarf, tail in hand. The other guests turn them three times (and usually one for luck) the child then has to try and pin the tail as close to the desired destination as possible.

If having a themed party it is very easy to make a poster to fit into that theme, and perhaps vary the game a little, for example:
For a pirate party draw a large pirate – this may seem difficult but just the outlne is good enough, type into google images ‘pirate outline’ and plenty come up.

However, make sure some items from the pirate are missing such as:
his hat
hook
parrot
sword
hoop ear-ring
eye patch
mustache
wooden leg
bag of coins

The advantage to this, besides the hilarious results, is that the children’s names don’t need to be added to the items.

Before the party starts a prize will need wrapping with a number of layers – not too many, but enough for all the children to have a turn. If there are a lot of children it is a good idea to have more than one parcel or split the children into smaller groups.

The children sit in a circle and as the music starts the parcel is passed round from child to child. When it stops the child who has the parcel unwraps one layer. The game continues until one child unwraps the prize. A simple game that everyone loves. Sometimes a small chocolate or sweet is placed between layers.

Variation:
A pile of dressing up clothes is placed in a large bag in the centre of the circle. As the music stops, after unwrapping the parcel, one item must be withdrawn and worn. Other alternative Pass the Parcel ideas here.

The children sit in a circle cross-legged. One child stands in the centre with the blindfold on, let’s call them the farmer. The farmer is turned round three times (plus one for luck). They edge their way to one of the seated children and sit on their lap commanding “Squeak Piggy Squeak.” The child who is the ‘piggy’ has to squeak loudly three times. The farmer has to guess the piggy. If they guess right then the piggy becomes the farmer. If they guess wrong the farmer has to try again. To make it harder, get children to swap places in the circle.

Without the children watching place 10 items onto a tray and cover with a tea towel.
10 items would be a good number as they can be counted off on fingers as each item is remembered.
Display them to the children and ask them to memorise them for a minute. Then take the tray away or cover up again. For younger children they can all shout out as you count them on your fingers. For older children choose one child and see how many they can remember.

On the second play leave some of the items but replace some of the others. This is a surprisingly popular game and can continue for a while.

Wrap small presents (old McD’s toys are good for this, or items bought from charity shops) and pop them along with shredded paper or packing material in a closed large box that has an arm hole big enough for a child. Be warned, often if the packaging material ends up being the item of interest.

A small item is hidden in the room (a thimble is traditional but anything small is fine, an old fashioned key is also good). When the music starts the children have to find the thimble. “Warmer, warmer” or, “Colder, colder” is usually a good prompt if they are taking their time. A small prize given to the finder.

One child (the cat) holds a large coat or blanket. The ‘mice’ circle the room as the music starts, when it stops they curl up on the floor, eyes shut. The cat then pounces and places the blanket over one mouse, then claps. The other mice on hearing the clap have to stand up and guess which mouse is under the blanket. The child who guesses correctly can be the next cat, otherwise the cat plays again. Game carries on until they look like they have had enough!

Making up clues is much easier than you think. Think of a place where you would like to hide a clue then make up a little poem with something rhyming but not actually give away the place.

For example, you want to hide a clue under the door mat so the first clue would say

On that clue you will need to write a clue for the next one, so on and so forth. It requires a little effort but the children love this game, especially if you can incorporate something to do with the children in the clue, a child’s favourite toy/room/chair or a joke or sweets! For younger kids a drawing of the place for the next clue is an idea

A variation of this is to hide objects of a particular type or colour. i.e. collect 10 items that begin with the letter ‘s’ or things that are red, or 10 keys are hidden around this room etc

The first is you find as many hats minus one of the amount of children that will be at the party. The children stand in a circle wearing the hats (except for one child) facing to the left. As the music starts they have to take the hat off the person’s head in front of them and place it on their own head. When the music stops, they MUST stop. The child with no hat has to leave the game and one hat is taken away. It is best to leave the funniest hat to last where the two remaining players face each other and have to pass the hat between themselves. The winner is the one wearing the hat once the music stops.

The second version is to have just one hat, having an over-decorated hat makes it all the more fun. When a child feels the hat is placed on their head it must be promptly taken off and placed on the person in front. When the music stops the child with the hat leaves the game. This continues until left with two chlldren facing each other. The winner is the child without the hat. Out of the two the first is the funnier, the second is easier.

The children dance round the room until the music stops. As it stops the children either have to freeze (statues) or bump to the floor – which they tend to do with amazing speed! This is always fun but difficult to choose who is out. It is possible to organise it so that as each child taken out chooses the next wobbly statue or last bumper! Game ends with the most still statue or fastest bumper – small prize given.

The children sit in a circle and pass a die rolling it in turn. If a child rolls a number 6 then they have to dress in a number of clothes that have been placed in the centre – usually a hat, scarf, adult gloves. With a knife and fork they have to cut one block off the chocolate. Then with their gloved fingers pick it up to eat it!

Variant: As children get bored picking up the die and will roll it everywhere the adult or maybe a picked player stands with their back to the group sitting in circle on the floor and shout out random numbers until they shout 6…. this could even be changed from numbers to something else like animals or something that fits in with a theme – players then just have to pass the gloves while hat, scarf, knife and fork still remain in the centre.

The adult shouts commands each time saying “Simon says …….” and the children have to obey the command but if the adult simply say “do this…..” and a child follows that order then they are out.

Variant – doing the opposite, wave your left leg etc